How To Dress Well

When planted in a music venue, if the Korean pair reciprocates anything within a marbles throw of this favorable late night performance in a Seoul underpass, they'll easily be seeing differing sides of water masses soon, soon, soon!
No comments:

COLTRANE MOTION - best band I've witnessed live in the last two years. Will entertain with your socks on. What they give in energy to the live performance, makes the post game look like they took on a couple rounds of that tour boat going under Niagra Falls. Stream new album 'Hello Ambition!

"Genre-defying Coltrane Motion’s music is full of movement, life and exuberance. A blend of shoegaze, ‘60s psych, and electro-indie, this Chicago-based duo's sound is effective."

COUSINS - the hands up top applicant to this years festival. This band easily stood out over 1,399 other acts.

"My cousin Ben would be into this band. They're from Halifax and they play advanced music that's pretty and accessible, which Ben is into. My cousin Ryan might not be into this so much, but to be honest he has awful taste in music, so that's more of a compliment than anything."

THE AUDITOR GENERAL - a la death cab for cutie.

"They said it: 'The Auditor General will be hitting the road as often as they can to get you dancing out of the way so they can drink your beer.' Even with this knowledge, you may not be able to help yourself—the vocals are soft on the ears and the music is catchy as fuck!"

"The new solo project of Montréal’s Jeff Louch. After years playing in other bands, Louch wrote and recorded his first album, Frozen Ghosts, in six short months, with help from a slew of local musicians including members of Besnard Lakes and Land of Talk."

"Adverteyes is made up of six fine folks from Guelph, Ontario who sound like 'cabbage in a brine of gold.' So I guess that means some kind of sauerkraut or maybe kimchi? YUMMY!" 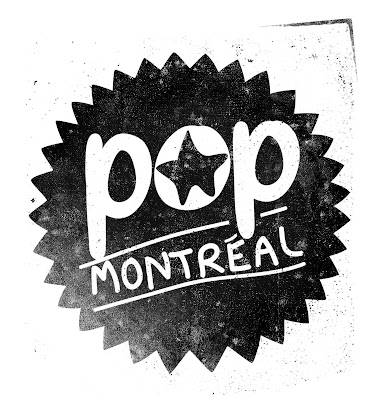 Here is how I schedule to see time pass: 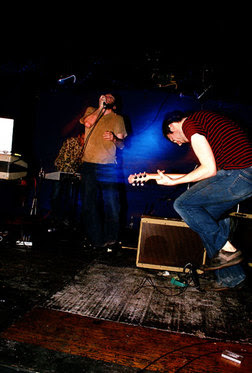 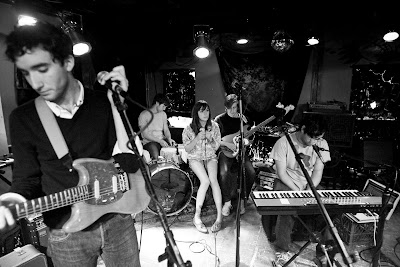 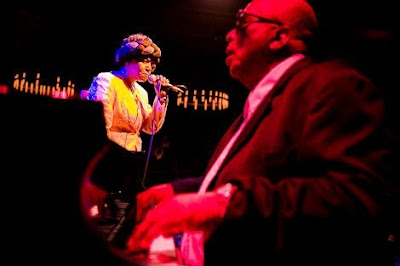 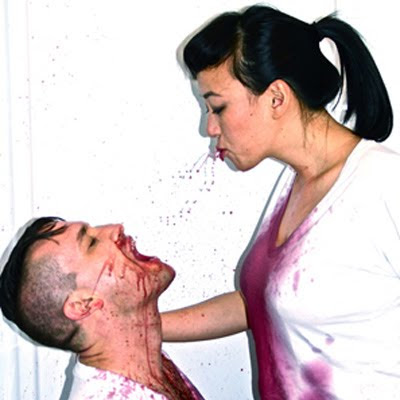 How Did That Get In? 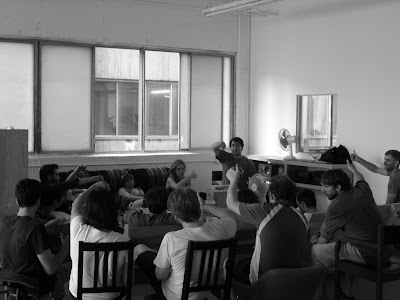 “We sent the perfect EPK!” “Our music is professional quality.” “My submission wasn't even heard.” “Why are you stealing artists’ money?” “Only industry insiders are considered.” ...And on and on tumble rejected festival hopefuls complaints.

We hear ya! No, really, we heard you!

We listen to every artist's submission, some too much. Thieves? If we omitted a fee, inviting all applications, the ballooned entries would guarantee bands were wasting time putting packages together. No argument on the mint press kit, but where's the press? Surely, glossy paper & warm font can't impress a shoe gazing crowd. To the vein of the sonic bliss being profound, why is the band history void of notable gigs? While it is favourable to be chummy, it doesn't pay off if the music doesn't back it.

Applicants judge their music against self-fabricated ghost competition and obviously champion themselves. But objective outsiders weighing it against 1,600 other 'sure things' often express different emotions. The axe of rejection generally falls on poor recordings, conflicting sound for the festival, mundane performances, mainstream fodder and not being able to decipher instruments from noise. Sadly, denials sometimes also prey on solid submissions, as there just isn't enough slots/venues to fill all appetites. With no real consolation to keep musicians from strumming away frustrated, bitter and jaded; remember, it's just our opinion.

Asking the POP listening session jury for the prescribed equation to getting thumbs of approval brings a predominately mute response, maybe the overused, but underplayed: uniqueness. If one wanted to hear Spencer Krug, why take on a Sunset Rubdown sequel instead? Fortunately not all clocks tick on the same time, foreign watches are worn by the challenging & unrecognized. Herein lie the emerging gems, wading through all the muffled sound, and rising to the top. From this years POP Montreal listening sessions, the refreshing acts deserving ascension and your ears are: the creeping fog blanket of Cousins (Club Lambi, Wed.), weirdo eccentricity of Gobble Gobble (Espace Reunion, Sun.), Byrne meets Krug with hometown Cotton Mouth (Casa, Fri.), and the sweat stained dance-ability of Chicago's Coltrane Motion (Club Lambi, Wed.).
No comments: 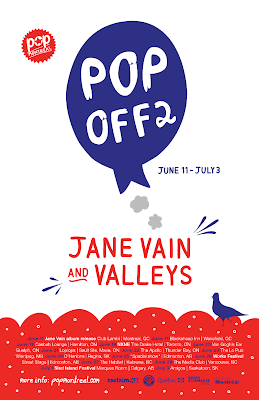 Live shows that floored (granted no footage of said floorage) :

Album of the year:

"Mica Levi, born 1987 in Surrey, UK. is a singer, songwriter, composer and producer. She is classically trained and started writing/playing music at the age of four. She was offered a scholarship to attend the Guildhall School of Music and Drama to study composition. While a student at Guildhall, Levi was commissioned to write an orchestral piece for the London Philharmonic Orchestra which was performed at the Royal Festival Hall in April 2008.

She often uses unorthodox instruments, many of which are homemade, These include a modified guitar played with a hammer action, called a 'chu', and a bowed instrument fashioned from a CD rack. This multitude of objects, varying from broken bottles to a vacuum cleaner, help Mica achieve her distinctive and unique sound."

"desperately, I wanted my writing not to ring true, because if it rang true it was adolescent and that was seven leagues below hack" - lester bangs